Journalist who walked out shaking their heads after a woeful Hisense CES press conference which kicked off with a speech in Chinese, were an hour later praising arch rival TCL who are now expanding into audio products with the Alto family.

Digital Trends said that TCL’s rise in popularity has been impressive, but not without reason.

The Chinese TV manufacturer had a successful year in 2017, releasing several excellent Roku TV models at competitive price points that put the company in the spotlight of a stage that is only getting more and more crowded. Unsurprisingly, TCL is aiming to keep that momentum, and seem to be positioning itself for even bigger moves in 2018.

Others said that Hisense are a struggling brand in the US and Europe and had no choice but to aquire the Toshiba brand in an effort to take on arch rivals TCL and Sharp who have accused Hisense of selling questionable TV products.

In Australia TCL has recently moved to restructure their management with the Company targeting arch rival Hisense whose sole positioning is budget TV’s dressed up to be cutting edge.

At CES 2018, TCL announced it is expanding into the world of home audio with its first line of soundbars — the Alto Family.

The top end product is the TCL Roku Smart Soundbar which is a collaboration with the Streaming giant, Roku.

The TCL Roku Smart Soundbar is just one part of TCL’s full CES 2018 announcements, which also included the new 6 Series and 5 Series of 4K Smart TVs, which are the follow-ups to the company’s P series of TVs.

All models in these lines feature support Dolby’s HDR format, Dolby Vision. Like the upcoming soundbar, both TV lines feature Roku OS and Roku Connect, making for some strong synergy.

Where Hisense was focused on laser TV’s which two Australian retailers have said will struggle to sell in Australia TCL who have one of the most modern TV manufacturing plants in the world focused squarely on their 2018 TV range.

The Australian offering includes the following. The Company said that since the relationship with Roku was first brokered four years ago TCL and Roku have made great strides to provide industry-leading smart TVs to consumers.

TCL ended 2017 as the #3 smart TV brand in the U.S. with all of its smart TVs powered by the Roku OS. In Australia several retailers have told ChannelNews that they are “considering” TCL over other brands that they currently sell.
In 2018, TCL Roku TVs are slated to receive a range of new features delivered through a software update to the Roku OS. Roku Connect will enable Roku TVs to easily connect to other AV devices in the Roku ecosystem such as soundbars and speakers enabling consumers to easily add great sound to a TV and audio system around the home. Roku Entertainment Assistant, a voice assistant for entertainment, will let customers launch podcasts, movies and TV shows from their favourite services with a simple voice command.

“Roku TV is growing fast in popularity, and TCL is a key partner who is instrumental in its success,” said Roku CEO Anthony Wood. “We envision a broader Roku ecosystem where the TV is the centre of the home entertainment experience making Roku TV even more desirable. With Roku Connect it will make it easy to add great sound to an already great TV.” 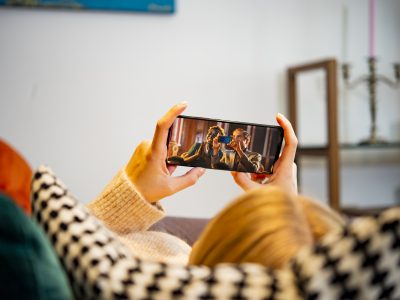