Sex Tech Is A $30 Billion Industry: Here Are The Top 10 Gadgets

Technology has entered our lives in unprecedented ways over the past 10 years and now has the power to improve every aspect of our lives – including the bedroom.

While sex may still be a taboo subject, with sex toys ushered away into dark street corners, sex tech is clearly doing a great job – it’s worth $30 billion.

‘The definition of sex tech is really any technology designed to enhance sexuality, not just sex,’ founder of the Future of Sex podcast, Bryony Cole, said at the business conference Pause Fest.

‘It’s about how tech intersects with things like education and health, as well as pleasure and relationships of course.’

‘Sex tech isn’t here to replace human connections. It should be here to enhance our lives, that’s what we want it to do,’ she said.

Cole has spent years speaking to thousands of sex experts to understand the future of sex, and the direction of sex tech. Here are some of what she says are the best from sex innovators.

Naturally, one of the main objectives for sex is for pleasure, and the height of pleasure is, of course, the orgasm. But there is an ‘orgasm gap’ between men and women, leaving women much less likely to reach satisfaction during sex.

It’s why OMGyes surveyed 20,000 women just to help them experience greater pleasure. Using the findings from the surveys, the website created an online guide to the female body that can be used, whether alone or with a partner, to give women what they want.

Sex tech isn’t just helping women, it’s also helping men in what is one of their biggest anxieties – lasting longer. It’s why sexual health company, Morari Medical, has designed a product which inhibits the nerves in the penis to help sustain lovemaking sessions.

While it might sound… not so pleasing, Cole said it’s still gives men more control.

‘You put it on for five minutes before and during sex, and it stops you from ejaculating,’ she said.

That’s until the participants want to finish, of course.

For those who are concerned about their performance in bed, there’s always room for improvement – and it’s being offered online. A product called ‘Virtual Sexology,’ lets users strap on a VR headset and be tutored through sex, positions and techniques by a sex worker.

It’s also catered for different genders, so they can receive information about the bodies they seek to pleasure.

While sex is great for fun – it’s also, sometimes, used to reproduce little humans. Putting pleasure aside for a moment, although sex that is also pleasurable has reproductive benefits, increasing the population can sometimes be tricky business.

Reproductive health is more often thought of as a woman’s problem instead of a man’s – but this isn’t the case. Men are behind 30 to 40 per cent of infertility cases, according to Cole and other research. It’s why Yo is aiming to put sperm back in the spotlight.

‘It essentially turns your smartphone into a microscope where you put a little sample on your Yo, and then your smartphone actually puts your own swimmers on the screen. So, what you’re looking for is motility, how many and how fast your sperm move to see how healthy they are. It retails now for about $15 for a two pack.’

Sex isn’t just about physical intimacy – it’s also centred on emotional vulnerability, which can make deep wounds when things turn awry. And now, there’s more to sex tech than just pleasure. Mend, for example, is a free self-care app to help guide lovers through a breakup, which claims to help users feel better 58 per cent faster.

‘It works on an algorithm and sends you messages every day for three months to help you through heartbreak. I actually even used it and it worked,’ Cole said.

Staying with sex tech built for emotions, a Japanese company created Gatebox for those who may find themselves feeling lonely – including the elderly or traumatised. Its glass box houses an artificially intelligent (AI) woman called Azuma Hikari who acts as both a companion and a home assistant.

‘She can control the lights in your house but also sends you text messages that can feel kind of emotional,’ said Cole.

The product has an amazingly touching ad that helps showcase what is set to become another superb Japanese innovation. However, some speculate it could make Japan’s sex problem worse, as the country is prolific for having lonely citizens resulting from harsh working schedules.

The prolific long-distance relationship is become somewhat of a curse to those in a relationship because of, unfortunately, the low rates of success. But now, there may be hope for lovers who are separated by distance, with tech creating devices to ease the absence of a S.O.

Kissinger, a gadget that allows you to send – literally – kisses to your loved one, has emerged. By kissing the gadget, users are able to transmit the exact sensation of the kiss thy sent to a loved one who also owns the device.

But for lovers seeking a more… physical experience, there is also something for you. Teledildonics take the kiss to the next level with a series of connected toys that connect lovers through WiFi or Bluetooth.

‘Teledildonics are super connected sex toys that enable you to connect with a long-distance lover over wifi or a Bluetooth connection,’ Cole said.

Users can set up a video chat, connect the toys and off they go. What a time to be alive.

Sex is infiltrating our ways of communicating online now more than ever, and sexting is now commonplace. But for those who may not feel comfortable, familiar or confident in the artform yet can be schooled by an online sex bot.

Slutbot is a chatbot that teaches users who to sext, refine their skills and feel comfortable knowing a bot cannot judge you for your mistakes.

‘You actually practice with a robot and refine your sexting skills which, by god, a lot of people could use,’ Cole said.

But unfortunately, the Slutbot is only available in the US – for now.

Sex Robots To Order You…. Pizza?

The topic Cole gets asked about the most are sex robots – so they were surely always going to make an appearance during her presentation. The most prolific sex bot is Harmony, an AI-enabled silicone sex doll that comes with different personality programs.

‘She’s got 18 different personality types, including funny, shy, charming, cute and submissive. She can recite you poetry, and even order in your favourite pizza,’ Cole said.

Apparently, men like their sex dolls to order them pizza as well.

Not all relationships are destined to last – but some can be difficult to break off. If you’re struggling with a controlling, intrusive or maybe just an awkward one night stand, Ghostbot will handle the ‘cya later’ conversation for you.

Thanks to Ghostbot, you will never have to see or hear from them ever again. But it’s always important to note that it’s more kind to break things off in person, if the individual feels comfortable in doing so. 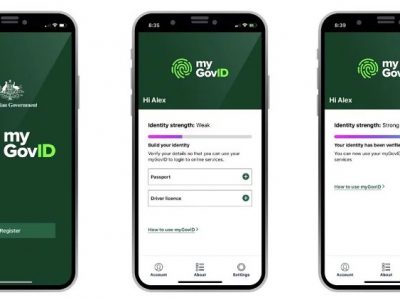 Tech Companies Have A Responsibility To Stay In Russia