Samsung Display vice-president Kim Seong-cheol has said the redesigned Galaxy Fold is nearly done and will hit stores soon, though refused to commit to an exact relaunch date.

Announced back in February this year and originally set to launch in April, the smartphone was plagued by various issues causing delays.

Review units of the Fold experienced bubbling under the screen and flickering displays.

“Most of the display problems have been ironed out, and the Galaxy Fold is ready to hit the market,” Mr Seong-cheol told attendees at the Korean Information Display Society conference in Seoul.

“The Galaxy Fold, when released, will receive a lot of attention.”

Seong-cheol’s comments seems at odds though with a recent official statement from Samsung, which suggested “little progress” had been made and that the phone wouldn’t land anytime soon.

The Galaxy Fold was originally meant to launch alongside the Galaxy Note10 smartphones in August. 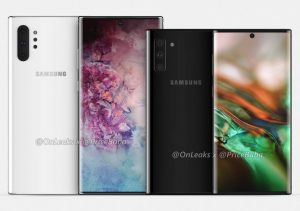 The launch event for the Note10 will be held in New York City at the Barclays Center.

Samsung is said to announce two phones under the Galaxy Note series – the base Note10 and the Pro model.