For 2018, the “all-new version” R7 incorporates improved analogue circuitry, and the latest digital technologies for optimum streaming and multi-room capabilities.

The company claims the Mk3 R7’s old school design makes it a statement piece, suitable for most home decors.

Ruark claims to have drawn upon its thirty year history in “high-fidelity audio” to craft the revamped R7’s impressive sound.

Launched in 2013, the R7 is recognised as the product which placed Ruark Audio as a “design innovator”.

The new Ruark Audio Mk3 R7 Radiogram is available to purchase from Synergy Audio Visual for A$4,299, and comes in either a ‘Rich Walnut’ or ‘Soft Grey’ lacquer.

The company claims the R7 no longer looks like a ” piece of audio equipment, but rather a beautiful object”.

The device support Ruark’s trademark RotoDial controller, and exclusively for the Mk3 R7 is mirrored with a matching ‘radio-link’ remote. This special remote can control the R7 front any room, without needing to be aimed at the device.

A dedicated control and browsing app, LINK, will soon be coming for iOS and Android devices. 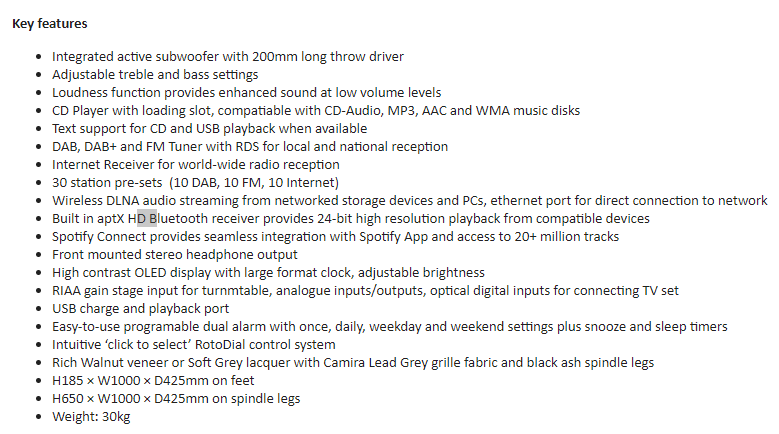