British hi-fi brand Roksan is returning to the Australian market with a new range of amplifiers and CD players.

Rocksan was founded in 1985 but was acquired by Monitor Audio in 2016.

The brand has now released two new ranges of amplifiers and CD players.

The flagship Blak range is designed to satisfy “dedicated and devoted music lovers and those who simply demand the best”, according to the company.

Roksan claims a power output up to 150 watts per channel into 8ohms.

Roksan claims a “high-quality standard” DAC chipset without going into further detail, but the player includes three digital outputs (XLR, optical and coaxial) to allow the CD player to act as a transport if listeners aren’t satisfied with the on board DAC.

The K3 amplifier ($3299) pushes 140 watts per channel at 8ohms, with support for 5 RCA inputs and a Moving Magnet phono, as well as Bluetooth aptX. Users can also input up to two external digital audio sources to use the built-in DAC via coaxial and optical inputs.

The new range of Roksan products are now available in Australia, distributed by Interdyn. 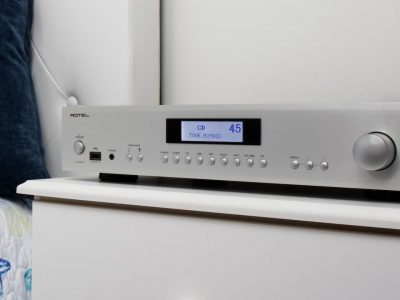