REVIEW: Withings ScanWatch – Jack Of Two Trades, Master Of One 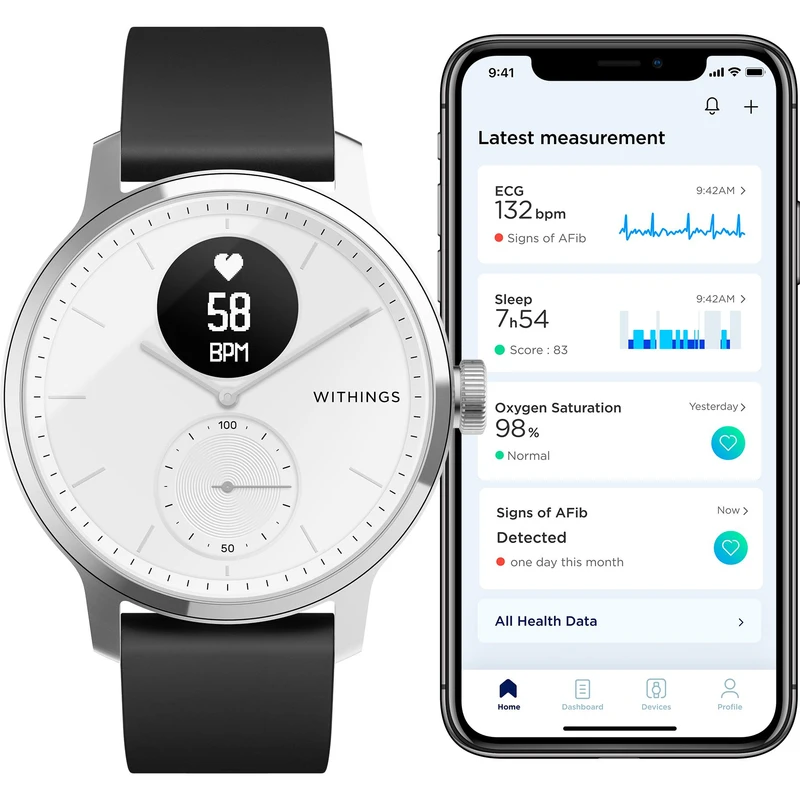 The Withings ScanWatch is a stylish hybrid smartwatch with great battery life and robust medical-grade health tracking – but it’s a one-trick pony. If you want a lot of smartwatch bells and whistles, there are better options for the same price.

I confess: I am new to the smartwatch train. Give me a good sturdy Casio I don’t have to charge, which can tell me the time in Ulaanbaatar if I get the notion, and I’m happy. I am smartwatch-curious, though, so when the Withings ScanWatch came across my desk, I decided it was a nice opportunity to see what all the fuss was about… but after a couple weeks of using it, there’s less of the fuss in it than I was anticipating.

First impressions: the design is pretty nice. It’s a classy-looking hybrid watch – an analogue face set with a small digital screen – that wouldn’t look out of place in a business setting. Below the digital screen is an analogue dial for activity tracking. There’s no need to fiddle around setting the time with the hands, either: connect it to the app and it’ll move the hands for you automatically. So that’s neat.

The watch has two big selling points: first, the battery life, which claims to be up to 30 days (plus 20 days in power reserve mode, with time and activity tracking only). Take that one with a pinch of salt, because after about two weeks without charging it was down to 16%, but that’s still gobsmacking in smartwatch terms. You can probably get it to last longer with Quick Look turned off, if you don’t mind pressing the crown whenever you want the time in digital.

Second: health tracking. This is the ScanWatch’s bread and butter, and it packs in medical-grade technologies including an electrocardiogram and an oximeter to prove it. It sells itself as the first ever hybrid smartwatch that can detect atrial fibrillation, which it thankfully didn’t detect in me at any point, so I suppose I’ll have to take Withings’ word for it – and the TGA’s, which has approved it for exactly this purpose. It also has sleep tracking, which can pick up heart rate, breathing problems, and other disturbances to give you a score on how well you slept.

Add to that several workout modes; a pedometer; an altimeter; and other fitness features accessible via the free Health Mate app, and there’s a lot here for health nuts – so if all you’re looking for is great fitness tracking, the ScanWatch is an appealing option.

As far as connecting to your smartphone in more traditional ways goes, though, the ScanWatch is a bit limited. It sends data to its own app just fine, and the health tracking features in said app are useful enough – but when it comes to getting data from your phone, a key selling point of a smartwatch, you get notifications and… that’s about your lot, really. They flash up on the tiny digital screen (not a touchscreen, by the way), scrolling through a couple letters at a time in plain old monochrome white. Now, even that is a step up for me… but there’s no NFC, no calls, no voice assistant, none of the other things that I – a smartwatch newbie – would be wanting to buy a smartwatch to access.

Here we come to my sticking point, then: the price. The ScanWatch, with its limited smartwatch functionality, will set you back $499 for the 38mm version, and $529 for the 42mm version. $499! You could get a Fitbit Sense – the very top-end smartwatch Fitbit has to offer, laden with health tracking features – for that price. You could get a 44mm Apple Watch SE for less!

Ultimately, you have to answer the question: is this for me? Because it’s not for someone who wants a bundle of smartwatch features. If you’re after a watch with an admittedly nice hybrid design and huge battery life, and are willing to stump up the cash for some robust TGA-certified health tracking, then sure, pick up the ScanWatch. Otherwise – you can do a lot better for the price tag.

hybrid smartwatch, scanwatch, withings, withings scanwatch
You may also like

Telehealth: Tech Healthcare Products To Monitor Your Health From Home 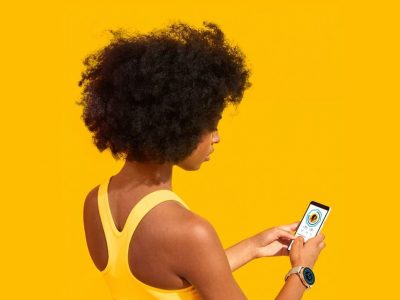