Australian notebook retailers who are currently witnessing a shortage in notebook and monitor supply due to component shortages and freight problems are set to get a fourth quarter boost running into the peak holiday period buying season.

According to manufacturing sources in Taiwan where over 80% of notebooks are produced the ongoing shortage of notebook-use chips, panels and other components is expected to improve substantially in the fourth quarter of 2021, according to DigiTimes Research.

The news comes as analysts predict that the turnover of notebooks is expected to shorten to less than two years as more people turn to using notebooks for work at home activities.

Most experts estimate a laptop’s lifespan to be three to five years.

They claim that in the past some survive longer than that, but its utility will be limited as the components become less capable of running advanced applications such as the new Windows 111 and new cloud-based apps that need processing power.

Supplies of panel modules, ICs and CPUs are still reporting that they are failing to deliver 10% short of the demands being made for components.

Currently brand vendors are built up their notebook inventory for year-end holiday shopping, and component supply with brands such as Acer, Lenovo and Dell telling ChannelNews that they are now placing orders 12 months out due to manufacturing and supply issues.

DigiTimes is predicting that notebook demand is expected to drop significantly in the fourth quarter as the pandemic is bought come under control; and additional production capacity for ICs become available.

Component shortages are expected to improve dramatically then with supply stabilising for Australian retailers.

Pull-ins of 11.6-inch panels have started decelerating recently, since most brand vendors have already prepared sufficient inventory of the panels, while shipments of Chromebooks, which are key adopters of such panels, to the education segment will begin to slip after hitting the peak in the second quarter.

Vendors ‘are expected to crank up traditional consumer and enterprise notebooks and monitors in the last quarter in an effort to make up ground lost earlier this year.

Demand is expected for 14- and 15.6-inch notebooks as work at home users move to premium models over low-cost models.

Timing controller (Tcon) and panel driver ICs are chips that have the most serious shortages for panels.

Tcon ICs’ supply, which is over 20% short of demand currently, is expected to grow tighter later in the third quarter, as their suppliers have shifted some of their Tcon IC capacity to produce other products, and power outage at some wafer fabs in the second quarter also undermined some of the supply.

Notebook demand is expected to slow down in the fourth quarter, with North America and Europe, the largest notebook buyers seeing consumers return to normal work conditions. 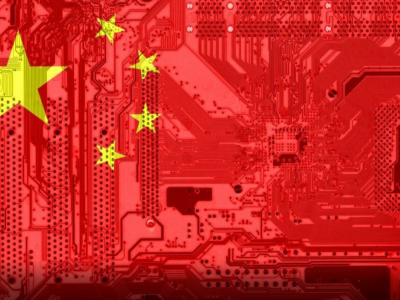