Nine Entertainment shares have fallen 6% after the media Company reported a 10% slide in earnings, missing from their outlook was any information on Stan subscribers other than a motherhood statement, also missing was any reference to the loss of content deals.

What the media group who acquired Fairfax Media which is fast becoming a left wing broadcast organisation for the Greens and environmentalists said was that Stan, subscriber momentum has continued through the current period and the business is performing ahead of expectations.

However, they failed to reveal any subscriber numbers in their outlook statement that would reassure investors that that will be able to compete up against new Foxtel Movie and Entertainment content and a new Disney + service set to be launched. They are also facing an expanded battle with Netflix who are gearing up to compete with the new Disney offering.

While claiming that Stan has an increasingly entrenched market position Nine CEO Hugh Marks has not said whether Stan has been able to replace lost content deals such as Disney content which drove parents to the streaming service.

He said I am particularly enthused by developments in Stan’s future product supply opportunities” without supplying any details.

Marks has warned that its first-half earnings will be down 10 per cent, hit by a tough advertising market.

The Company, which is bedding down its $4 billion merger with Fairfax Media, said there was always going to be a “shift in earnings contribution” in the current financial year.

Several investors have told ChannelNews that they are concerned that despite Chairman Peter Costello being a former Liberal Party Cabinet Minister and Treasurer Nine has allowed mastheads such as the Sydney Morning Herald and the Age to openly canvas issues for the greens, left wing unions and environmentalists which several observers claim has led to many consumers turning off these publications as a news source.

Both these publications have become “openly anti coalition government sand don’t deliver any balance in the stories they write” said one observer.

Nine’s profit warning triggered a major share sell off, with the company’s shares down 6per cent to $1.74 before lunch, after hitting hit six-month lows of $1.70 earlier in the day.

Nine said advertising from “pretty much every major advertising category was weak in the September quarter particularly from auto, government, domestic banks and gambling”.

Also turning away from Nine Entertainment media are gambling organisations such as Tabcorp after the SMH and the Age accused the racing industry of animal cruelty.

Nine said the metropolitan free-to-air television (FTA) market was down 6.4 per cent in the first quarter from a year earlier.

Earlier this month Nine Entertainment took over Macquarie Media of Marks said that Radio had “experienced similarly soft market conditions in the current half exacerbated for Macquarie by the advertiser boycott around the Alan Jones’ program on 2GB,”.

Nine is hoping its streaming service Stan will deliver better results going forward despite speculation that HBO is set to go directly with their own streaming service and that their recent Paramount deal was only for a limited period.

disney, fairfax, Foxtel, nine entertainment, Stan
You may also like 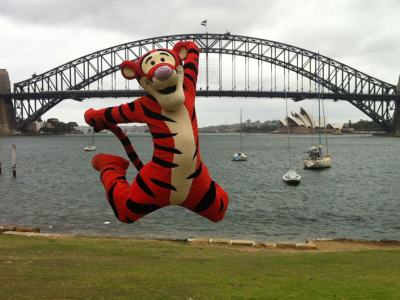