The first Google Pixel phone was expensive, heavy and did not make it into the top five smartphones in Australia, now Google is looking to have another crack at getting their own smartphone into the charts, the only problem is that this time round the Pixel is tipped to even more expensive than the previous model despite rumors that the device is based on the LG V30.

The search Company who wants a place at the premium smartphone table is also also to struggle as Apple with their new iPhone and Samsung with their Note 8 do battle.

The colorus available in Australia were ‘Quite Black and Very Silver’.

The move to the Pixel brand name followed several years of trying to get their Nexus brand up in the Australian smartphone market.

The move to Pixel signaled an important change in strategy, what Google was trying to do was position themselves as the purveyor of premium smartphones despite failing in the past with the Nexus brand. In their Pixel roll out the Company was selective as to who they would allow to review their new device.

The problem for Google was that both Apple and Samsung held sway in the premium market. Like prior Google smartphones the hardware is made by third parties and not Google.
The Nexus smartphones were primarily clones made by hardware partners such as HTC and LG, the Pixel was first smartphone Google designed in-house.

Questions are now being asked as to whether the new Pixel is the LG G30 which was both designed and made by LG.

The leaks so far reveal a design that is remarkably like the V30.

They include a redesigned body with thinner borders around the display which is a similar design to the award-winning LG V20.

By moving to this design Google can possibly reduce the weight of the device, while extending the size of the Pixel XL’s screen without making the device larger.

The report says the new Pixel XL will have a 6-inch screen instead of the current model’s 5.5-inch display.

The smaller version of the Pixel 2, which may feature a 4.97-inch screen. Google is also planning to ditch the headphone jack according to sources.

One feature that is set to be improved with the Pixel 2 over the previous model is the camera.

Rather than increasing the number of megapixels, Google may add extra features, according to 9to5Google. That could include new capabilities that allow for better low-light photography.

Both versions of the Pixel 2 will reportedly be powered by Qualcomm’s Snapdragon 835 chipset, according to XDA Developers. That’s the same processor found in the OnePlus 5, soon-to-be-released Essential phone, and certain models of the Samsung Galaxy S8. Shoppers can also expect to see 4GB of memory on both phones, says the report.

When it comes to storage, XDA says the larger Pixel 2 model could offer 128GB of room while the smaller may have 64GB. It’s unclear if those will be the only choices or if other configurations will be available.

Water resistance
Just about every major modern smartphone is built to withstand moderate water exposure, including the iPhone 7, Galaxy S8, and LG G6. Google’s Pixel has been an outlier in that regard, but this may change with the Pixel 2, reports 9to5Google.

Higher price
Google’s Pixel 2 is tipped to cost $100 more than the current version which if right makes this device one very expensive smartphone especially as most of the features will be found in devices such as the HTC U11 that will be significantly cheaper.

Some report claim that Google has been testing prototypes of budget-friendly Pixel models with less powerful hardware. If that holds up to be true, it’s unclear if this version will launch in Australia. 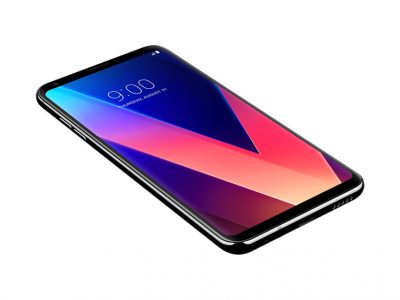 What Next For JB Hi-Fi?
Latest News
//
David Richards

The iPhone 13 Could Have Vapour-Chamber Cooling Tech To Limit Overheating
Apple Latest News
//
April Glover
/
0 Comment
Apple is reportedly in the middle of ‘aggressively testing’ a next-generation vapour chamber cooling technology which could be used in... Read More