The annual Mobile World Congress (MWC) trade show in Barcelona has been pushed back to June 2021, with some commentators questioning whether it will affect the release of new handsets.

Considered one of the biggest events in the smartphone calendar, the show has historically been held in February or early March, but was cancelled in 2020 due to COVID19.

Organisers GSMA have announced that MWC Barcelona is slated to occur from June 28 – July 1 2020, which will allow it to contend with coronavirus-related external circumstances.

GSMA states the event was initially scheduled for the first week of March 2021.

The event is used as the launchpad for many brands to debut their next-gen flagship handsets including tablets and wearables.

Commentators claim the date change may offer tech brands the ability to launch new handsets later than normal, congruent with an increase in consumer confidence following the economic impact of COVID19.

According to Spanish new outlet, La Vanguardia, organisers predict that an acceleration in vaccinations should facilitate the attendance of  around 85% of the biggest mobile tech companies.

MWC 2021 Barcelona will also infuse virtual elements to complement what it claims is “overwhelming demand to convene physically.”

“We have been overwhelmed by the support of all our partners and clients who remain dedicated to ensuring MWC21 Barcelona is a success,” states John Hoffman, CEO, GSMA.

“It’s an experience that brings the whole industry together and provides a platform to unlock the power of connectivity so that people, industry and society thrive.” 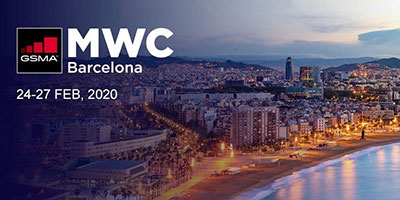