Home > Latest News > Motorola Get To #2 In Smartphone Market

Motorola Get To #2 In Smartphone Market

Next week is set to be a big one for the Lenovo owned brand Motorola, with the roll out of a new range of Edge 20 smartphones. locally the US brand has a new boss, and he wants to get to number three in the Australia market a position that appears to be achievable if the success of the brand in Latin America is anything to go by.

Last week Kurt Bonnici, spelt out exclusively to ChannelNews his plans for Motorola in Australia, now it’s been revealed that Motorola has got to number two in the Latin America market that is significantly bigger than Australia.

In Australia the brand had double digit growth after stripping share from brands such as Oppo, Realme & Vivo as well as Nokia.

While Samsung is #1 with 37.3% share Motorola has come in second with 22.3% share in Latin America in the April-June period, according to market tracker Counterpoint Research.

Last year Samsung held over 40% of this market but due to constraints related to its Vietnam factory, being closed down due to COVID lockdowns share has slipped.

Samsung was leading brand across major Latin American countries, except Mexico and Peru, where the company trailed behind Motorola.

Xiaomi, which increased its market share to 11.4 percent from 4.9 percent a year earlier came in third.

New Motorola Edge 20 range set to be released next month in Australia.

ZTE who supplies Telstra with house brand handsets, came in fourth with a market share of 4.4 percent followed by Apple with 3.8 percent.

South Korea’s LG Electronics which terminated its money-losing mobile business, was the No. 3 brand in Brazil and Argentina with Motorola tipped to pick up this business.

“Samsung, Motorola, ZTE and others are quickly grabbing its volume,” Counterpoint Research said.

The market researcher added smartphone shipments in Latin America increased 41.8 percent from a year earlier but declined 6.5 percent compared with the first quarter.

“Smartphone demand in the region grew steadily but volume growth was impacted by the ongoing chipset shortages and manufacturing constraints,” it said. “Most countries are enduring various degrees and forms of lockdowns, leading to an economic slowdown.” 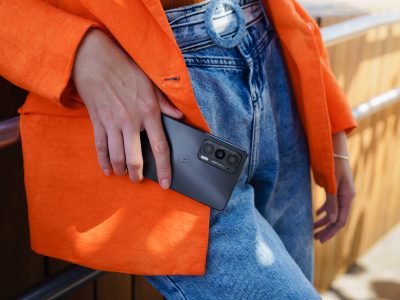