Microsoft Outlook suffered its second worldwide outage in a week after users were locked out of their email account for more than four hours.

The outage, which occurred around 2am AEDT, prevented users from accessing Outlook via desktop and mobile and was blamed on a recent configuration change.

“We’ve determined that a recent configuration update to components that route user requests was the cause of impact,” Microsoft said in a service message on Twitter. “We’ve reverted the update and are monitoring the service for recovery.”

The tech giant confirmed Outlook was accessible again around 6.46am, more than four hours after users first started experiencing issues.

It is the second time this week Microsoft suffered a major server outage, after applications such as Teams and Outlook were down for hours on Monday.

Microsoft also blamed Monday’s outage on a recent change, which they quickly reversed to resolve the issue.

The company has not confirmed exact details of the incident or whether today and Monday’s outage were related.

Microsoft Blames Outages On Bug – But Are They Struggling To Keep Up With Covid? 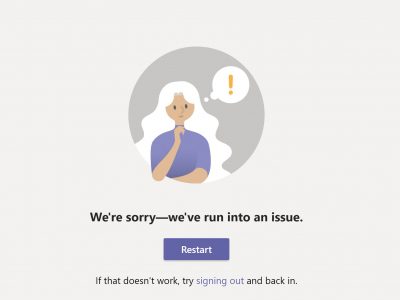 Microsoft Is Giving Outlook For Mac A Fancy Makeover This October

Amazon Smart Air Quality Monitor Links With Alexa
Latest News
//
Luke Anisimoff
/
Comments are Off
Amazon are set to make it easier to track exactly how healthy the air is inside your home, with a... Read More