Microsoft Flogged For Trying To Gouge Consumers With New Platform

Microsoft who are tipped to launch a “Gaming” TV in partnership with Hitachi, in an effort to flog more Microsoft content, is copping a flogging for their Universal Windows Platform (UWP) initiative which is behind their TV move.

Recently we revealed that Microsoft has built a closed platform-within-a-platform into Windows 10 in an effort to lock down the consumer PC ecosystem and monopolising app distribution and commerce.
While Microsoft are giving Windows away for free they are desperately trying to build revenue streams prior to introducing a subscription model for Windows next year say insiders.
Gears of War Developer Tim Sweeney has told the UK Guardian that the move is the most aggressive move Microsoft has ever made.
While the company has been convicted of violating antitrust law in the past, its wrongful actions were limited to fights with specific competitors and contracts with certain PC manufacturers.
This isn’t like that. Here, Microsoft is moving against the entire PC industry – including consumers (and gamers in particular), software developers such as Epic Games, publishers like EA and Activision, and distributors like Valve and Good Old Games.
Both ChannelNews and SmartHouse have been a lone voice in pointing that there is nothing free about Windows 10 and that Microsoft are out to strip share from PC vendor’s retailers who sell their products while stripping revenue from consumers.
A one stage the CEO of Ogilvy PR Kieran Moore, the PR Agency for Microsoft threatened to get her lawyers “onto us”. After we wrote a story that Microsoft did not like. No letter was ever received.
This is a Company that is sent into bat on behalf of Microsoft executives who hide behind the skirt of people like Moore as it appears they are unable to handle constructive criticism.
Microsoft’s strategy is simple, they offer Windows 10 for free, then strip information from tens of millions of consumers who have loaded the software. This then allows Microsoft to use their monopoly to sell consumer products.
They will then move to charging to a monthly Windows 10 subscription in the same way that they sell an Office 365 subscription.
Currently most TV manufacturers with the exception of Hitachi, who have their own OS have rejected Microsoft’s advances to build a TV with a Microsoft OS.
Recently Microsoft launched new PC Windows features exclusively in UWP, and is effectively telling developers you can use these Windows features only if you submit to the control of our locked-down UWP ecosystem.
Sweeney writing in the Guardian said ‘They’re curtailing users’ freedom to install full-featured PC software, and subverting the rights of developers and publishers to maintain a direct relationship with their customers.
Windows Store and UWP
I’m not questioning the idea of a Windows Store. I believe Microsoft has every right to operate a PC app store, and to curate it how they choose. This contrasts with the position the government took in its anti-trust prosecution, that Microsoft’s free bundling of Internet Explorer with Windows was anti-competitive.
My view is that bundling is a valuable practice that benefits users, and my criticism is limited to Microsoft structuring its operating system to advantage its own store while unfairly disadvantaging competing app stores, as well as developers and publishers who distribute games directly to their customers.
The specific problem here is that Microsoft’s shiny new “Universal Windows Platform” is locked down, and by default it’s impossible to download UWP apps from the websites of publishers and developers, to install them, update them, and conduct commerce in them outside of the Windows Store.
It’s true that if you dig far enough into Microsoft’s settings-burying UI, you can find a way to install these apps by enabling “side-loading”. But in turning this off by default, Microsoft is unfairly disadvantaging the competition. Bigger-picture, this is a feature Microsoft can revoke at any time using Windows 10’s forced-update process.
Does Microsoft think independent PC developers and publishers, who cherish their freedom, are going to sign up for this?
Microsoft has certainly followed this lead in technically exposing, but practically burying, options that let users escape from its force-bundled services. If you’ve tried to change your Windows 10 search engine, web browser, or movie player, or to turn off their invasive new lock-screen ads, Windows search bar Bing spam, and invasive “analytics”, you know what I’m talking about. It’s a deliberately anti-customer experience: the options are there, but good luck finding them.
The ultimate danger here is that Microsoft continually improves UWP while neglecting and even degrading win32, over time making it harder for developers and publishers to escape from Microsoft’s new UWP commerce monopoly. Ultimately, the open win32 Windows experience could be relegated to Enterprise and Developer editions of Windows.
An Open PC Ecosystem is a Vibrant One
Valve’s Steam distribution service is booming with over 100m users, and publishers like Adobe, Autodesk, Blizzard, Riot Games and EA are operating highly successful businesses selling their games and content directly to consumers.
Microsoft’s situation, however, is an embarrassment. Seven months after the launch of Windows Store alongside Windows 10, the place remains devoid of the top third-party games and signature applications that define the PC experience. Where’s Photoshop? Grand Theft Auto V? Fifa 2016? There are some PC ports of what were great mobile games, and some weirder things, such as the Windows 10 port of the Android port of the PC version of Grand Theft Auto from 2004.
But the good PC stuff isn’t there, with the exception of Microsoft’s own software products. Does Microsoft really think that independent PC developers and publishers, who cherish their freedom and their direct customer relationships, are going to sign up for this current UWP fiasco?
Sweeney concluded that Microsoft’s intentions must be judged by Microsoft’s actions, not Microsoft’s words. Their actions speak plainly enough: they are working to turn today’s open PC ecosystem into a closed, Microsoft-controlled distribution and commerce monopoly, over time, in a series of steps of which we’re seeing the very first. Unless Microsoft changes course, all of the independent companies comprising the PC ecosystem have a decision to make: to oppose this, or cede control of their existing customer relationships and commerce to Microsoft’s exclusive control. 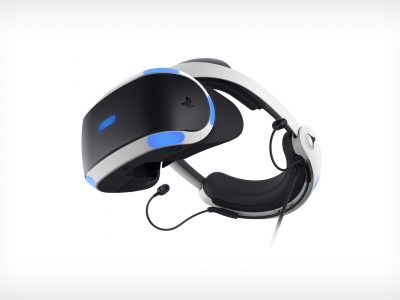