The super slim G915 and G815 mechanical keyboards are expected to be available on LogitechG.com and at Australian retailers in September 2019 for $399.95 and $299.95 respectively.

Available in three variants (linear, tactile and clicky), both new keyboards have a quintet of programmable keys and support for 16.8 million colours through the RGB lighting system.

Additionally, the G915 is also wireless, connecting to a PC via a dongle using Logitech’s 2.4GHz Lightspeed technology for minimal lag.

Battery life is rated at 135 days with RGB lighting turned off, or about 12 days with it turned on (assuming eight hours of play per day).

According to Logitech, with the mechanical key switches coming in at half the height of standard switches, users will experience 25% faster key inputs, which in turn provides a “more comfortable typing experience”. 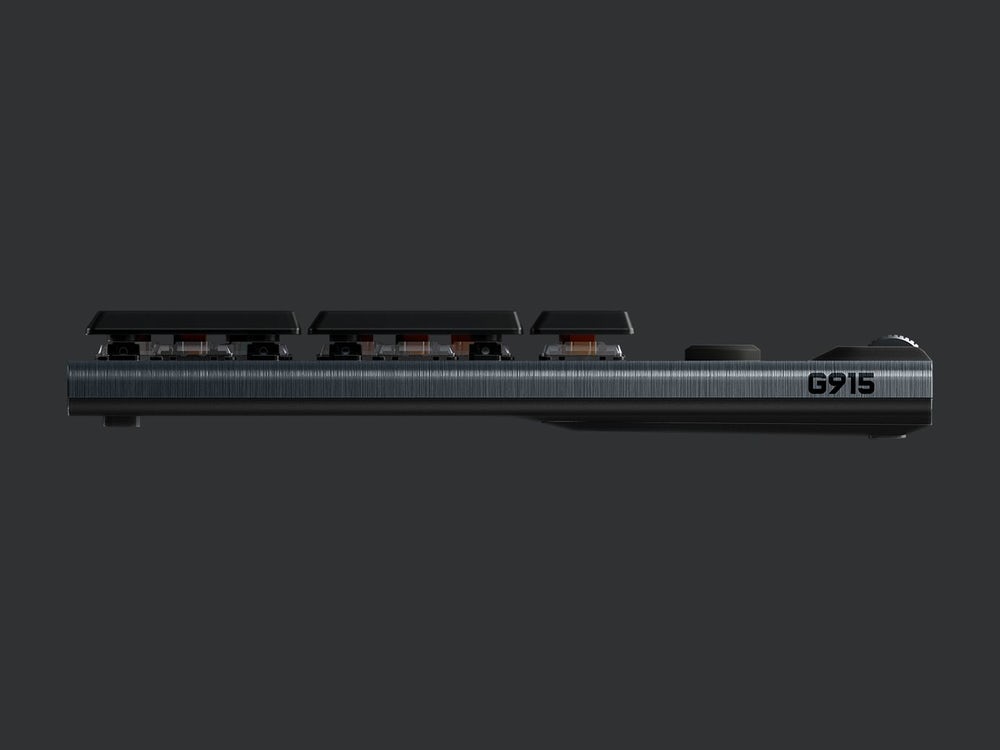 “These new keyboards are perfect examples of what’s possible when our award-winning designers and engineers at Logitech push the envelope of advanced gaming technology and design,” said Ujesh Desai, vice-president and general manager of Logitech Gaming.