Lenovo has announced that it will be adding two new ThinkPad models to its range, the P1 which will be released at the end of August and retail for $2799 and the P72, available from the beginning of September at $2599.

The ThinkPad P1 aims for a premium user experience in look and feel, focusing on superior construction and components.

Certified for key ISV applications, the ThinkPad P1 features 8th Gen Intel Xeon and Core processors, including support for the Core i9 CPU, and delivers ECC memory support and clocks speeds up to 4.6GHz.

Graphics processing will also receive a boost from previous generations, with NVIDIA thanks to the inclusion of P1000 and P2000 Quadro graphics cards.

In addition to its graphics and processors, this mobile workstation offers a 15-inch, 4K UHD display, representing 100% of the Adobe color gamut, as well as a touchscreen, IR camera standard, 4TB of M.2 PCIe premier storage and 64GB of memory at 2667MHz.

Even the power supply has been modified to improve presentation while also giving practical benefits. The P1 power supply is 35 per cent smaller and lighter than previous generations.

Rob Herman, General Manager of Workstations, reflected on the release “When we set out to create the ThinkPad P1, we knew our challenge was to build a mobile workstation that would carry the legacy of professional power and reliability of our ThinkPad portfolio, but also meet our customer’s need for a thin, light and sleek design,”

“Whether you are looking for power, the lightest mobile workstation around or sleek and slim tech-envy, the ThinkPad P1 delivers on all counts, period.”

The P1 is the thinnest, lightest and sleekest mobile workstation Lenovo has produced according to the company, combining both style and performance.

Aston Martin Director of IT and Innovation, Neil Jarvis, commented on how the combination of processing power and design thinking aided them in the workplace, saying “At Aston Martin, we are committed to a high standard of excellence with a drive to push to the next-level,

“We see the expression of similar values in the creation of the new ThinkPad P1 whether it’s our creative team benefiting from the professional graphics and stunning display or our executive team looking for an ultra-thin and light system with a touch of style, the ThinkPad P1 is the right fit for a variety of users across our company.”

Lenovo also announced the ThinkPad P72, another mobile workstation targeting professionals, however this model is streamlined to serve those working in oil and gas, automotive and financial industries.

Data crunching is the focus of the P72 and is powered by includes the latest 8th Gen Intel® Xeon® and Core™ processors, and the most powerful NVIDIA® Quadro graphics – up to P5200, all seated in a 17-inch chassis. It will also come with 6TB of storage, 128GB of memory and 16GB of Intel ® Optane ™ memory.

lenovo, Nvidia, p1, p72, quadro, ThinkPad
You may also like 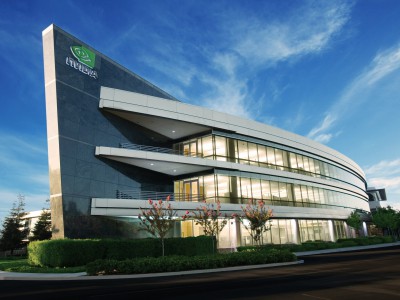 Claims MWC Should Be Cancelled As Sony Latest To Pull Out

COMMENT: Why Buying A $2,699 Motorola Razr Is High Risk

Is Samsung Working On A Galaxy Fold 2? Everything You Need To Know
Hardware Industry Latest News
//
Camilla Theakstone