Apple is rumoured to hold its iPhone 11 launch event on September 10, after developers discovered details within the code of the new iOS 13 beta 7.

Discovered by iHelp BR, the latest iOS 13 beta includes an image named “HoldForRelease” with September 10 as the calendar date on the iOS 13 home screen. 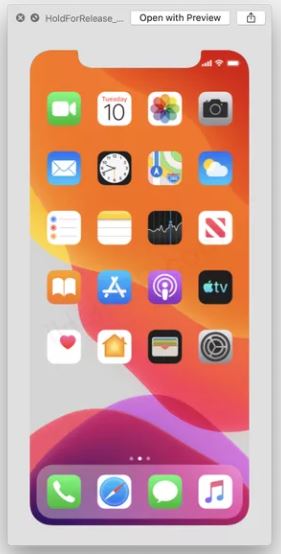 The iPhone manufacturer is known for using such images for its out-of-box experience when setting up a new handset (e.g. iOS 12 with September 12 for the iPhone XS).

The news follows a slew of leaks and rumours about the 2019 iPhone portfolio, including a new square rear camera set-up for the iPhone XS Max follow-up.

Commentators claim it’s not unlikely Apple will opt for the ‘iPhone 11’ naming convention, with rumours suggesting a ‘Pro’ version.