Confirming previous speculation, the ACCC has announced it won’t oppose the merger of Nine and Fairfax – a move slammed by Keating as a Nine takeover, culminating in a $4 billion media powerhouse.

As per The Australian, Keating asserts the “appalling” decision reflects ignorance over the role of capital city print journalism in Australia’a media landscape.

“The notion that, as the ACCC says, The Guardian, The New Daily, Buzzfeed, Crikey and The Daily Mail can be seen as adjuncts to the print mastheads of trust and scale, is simplistic nonsense unbecoming of an economic body as the ACCC should be.”

“A low-rent, news organisation, Channel Nine, will have editorial command of the major print mastheads in the country.”

First announced in July, the merger has received mixed reactions, with several Fairfax journalists asserting their 150-year old brand will no longer exist.

Considered Australia’s largest deal since recent media reform, the merger is tipped to deliver annual savings of $50 million, and is scheduled to close by year end.

Under the agreement, Nine will own 51.1% of the merged entity, with Nine Chairman, Peter Costello, chairing the new media giant.

So after 150-plus years this is all we get: “I would like to thank everyone for their contribution to Fairfax” https://t.co/GHjXMRTX2f

The ACCC’s investigation sought to assess whether competition would be significantly lessened, coupled with the affect on news reporting and journalism.

The watchdog asserts its investigation was “extensive”, with over 1,000 submissions and internal Nine and Fairfax documents taken into consideration.

“While the merger between these two big name media players raised a number of extremely complex issues, and will likely reduce competition, we concluded that the proposed merger was not likely to substantially lessen competition in any market in breach of the Competition and Consumer Act.”

MEAA had called for the ACCC to enforce editorial independence for Fairfax, alongside newsroom separation from Nine.

The union is now lobbying Fairfax’s owners to sign a charter of editorial ind independence, whilst guaranteeing no newsroom or title closures.

Mr Sims claims the merger will reduce the number of Australian news focused companies from five to four – Nine-Fairfax, News/Sky, Seven West Media and the ABC/SBS.

He notes online news sources have continued to grow in readership, adding “competitive constraint” from the likes of The New Daily, The Guardian, Buzzfeed, Crikey and The Daily Mail.

“While there are important barriers to building trust and scale, significant new entry into the Australian online news market has already occurred and made a noticeable difference,” adds Sims.

“Due to the difficulties in monetising journalism online, however, it is hard to predict the future landscape with any certainty.”

The ACCC has also deemed that Nine’s TV operations and Fairfax’s main media assets “generally do not compete closely” with each other. 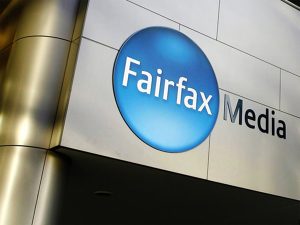 “By most measures, a combined Nine-Fairfax will likely become one of the largest online providers of Australian news, alongside News Corp Australia and ahead of the ABC, so this was another area of great focus,” asserts Sims.

“We found that while Nine and Fairfax online sites currently did not constrain each other much, other news websites would likely competitively constrain the combined Nine-Fairfax.

Concerning the impact on Australian journalism, Sims affirms media markets are highly dynamic, with the shift to online irrevocably changing the media landscape.

“The impact of some of these changes is demonstrated in the approximate halving of advertising revenue from Fairfax’s digital and print mastheads in the last five years.”

The ACCC has acknowledged there will be changes to the way Fairfax and Nine operate in the future, however, concludes such changes would not significantly lower competition levels.

Concerning affect on the broader advertising market, the ACCC claims cross-promotional opportunities between Nine-Fairfax will also not substantially lessen competition.