Inflation is lower than economists expected for the March quarter, with the headline figure rising to 1.1 per cent annually – that’s 0.6 per cent and a fair bit softer than anticipated.

It was expected that the March quarter would see the headline inflation rising by 0.9 per cent to an annual 1.4 per cent, while expecting core inflation for the quarter to 1.3 per cent annually.

The Reserve Bank’s preferred core inflation measure is now at its lowest annual rate on record, leaving the central bank with a greater justification for keeping interest rates low.

Prices didn’t rise as much as predicted because of government subsidies in home building and education.

The government’s HomeBuilder scheme, for example, was one key reason behind keeping price rises down, according to ABS Head of Prices Statistics, Michelle Marquardt.

“The fall in new dwelling prices was due to the impact of the federal government’s HomeBuilder grant and similar grants by the Western Australian and Tasmanian state governments,” said Marquardt.

“Without the offset from these grants, the price of new dwellings would have risen, reflecting increases in materials and labour prices in response to strong demand.

“The federal government’s Job-ready Graduates Package resulted in a fall in tertiary education fees this quarter. While, on average, the costs for commencing students increased, those for continuing students fell, mainly due to the grandfathering arrangements included in the package.”

Prices for new homes came down by 0.1 per cent in the quarter, while tertiary education was down 1.7 per cent.

Rents also stalled across Australia with no change in the March quarter. There was a slight rise of 0.1 per cent in the December quarter, and this now remains stable.

There was a bigger change for Sydney, where rents dropped by 0.5 per cent in the March quarter. That’s the biggest drop for a quarter since June 2020 when a moratorium was introduced due to COVID.

Where things did inflate, was petrol and medical prices.

For the March quarter, fuel jumped up 8.7 per cent; medical and hospital services went up 1.5 per cent; and pharmaceutical products rose by 5.3 per cent.

There were some price increases for accessories which increased by 7.3 per cent – which points to a boost in consumer confidence and spending behaviours.

The Reserve Bank board has repeatedly said it will not increase the record low 0.1 per cent cash rate until “actual inflation is sustainably within the 2 to 3 per cent target range”.

“For this to occur, wages growth will have to be materially higher than it is currently. This will require significant gains in employment and a return to a tight labour market. The Board does not expect these conditions to be met until 2024 at the earliest.” 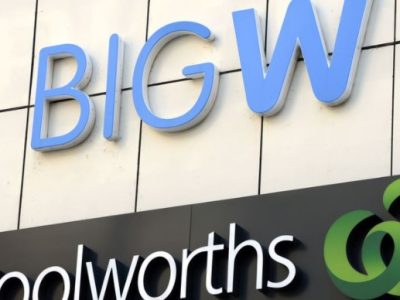