Days after JB Hi Fi delivered a record result GFK whose Australian operation has been shunned by both Harvey Norman and JB Hi Fi has used an IFA presentation to claim that the overall market for consumer electronics will grow 4% and even further in Australia.

Hans-Joachim Kamp, chairman of the supervisory board of GFU, the German equivalent of the Consumer Technology Association and co-organizer of IFA said that sales of Ultra HD TVs (especially OLED), smartphones, Bluetooth speakers, headphones, wearables and smartphones will all rise all over the world.
He said that according to GFK data, by 2020, more than a third of all TVs sold will be larger than 50 inches.

According to Kamp, global CE sales of home electronics and appliances will reach €887 billion in 2017 compared to €852 billion in 2016, which represented a 2 percent drop from the previous year.

New Legs on Panasonic TV’s can be adjusted.

Fueling this rise in sales are the increasing popularity — and higher price points — of Ultra HD TVs. Kamp reported that 75 million 4K TVs will be sold in 2017, a rise of 40 percent over 2016. Sales of OLED models are due to jump an impressive 122 percent to 1.2 million units due to the plethora of brands that introduced OLED sets using LG sourced panels this year.

Not only are more Ultra HD TVs are being sold, but larger Ultra HD TVs as well. Last year, 18 percent of TV buyers opted for models 50 to 59 inches, representing 40.7 million units, while 5 percent bought sets 60 inches or larger, or 11.6 million units.

Smartphones Sales Keep Rising
One of the fastest growing global product categories are wearables, with 161 million units projected to be sold around the world this year, a 38 percent growth.

Sales of Bluetooth speakers also continue to surge, due to leap 21 percent this year to 55 million units globally, while sales of headphones of all stripes will bloom to 368 million units, a modest 4 percent increase.

Sales of smartphones worldwide continue to climb, and will reach a staggering 1.5 billion in 2017, a 5 percent boost. But continuing their decade-long downward slide, sales of standalone digital cameras will drop 18 percent to a mere 28 million units, while action cam purchases will accelerate 9 percent to 11 million units.

CE Market Sales 2017, GFK Data
You may also like 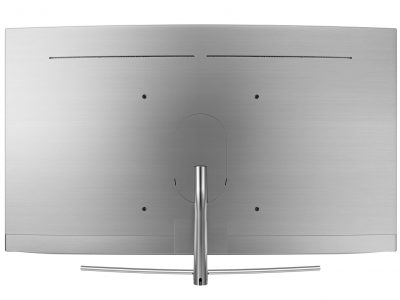