Harman On A Roll, Big Plans For Harman Kardon & ‘The Rock’ Under Armour Range In 2020

When sound Company Harman International which is now owned by Samsung, dropped Sydney based Convoy as their distributor in 2016, Harman brands such as JBL and Harman Kardon were wallowing in 10th spot, Convoy was losing money and struggling to get traction with mass retailers.

Today, Convoy is still struggling meanwhile while Harman, who appointed former Logitech CEO Marcus Fry as Country Manager is soaring with their brands taking top spot this year in the Australian sound market according to GFK.

What Convoy lacked, Fry and his team which includes the likes of Noeleen Lechner who was hired from Navman as Marketing Manager and Michael Sherman who came from Convoy and is now running the Harman New Zealand operation, along with several other key executives delivered was, marketing and mass retail experience and the financial muscle that Convoy lacked.

Among the Harman brands now being sold in Australia are AKG, JBL, Harman Kardon and an Under-Armour range of headphones.

According to Fry the Under-Armour range is set to get a big “push along” next year as the global clothing Company expands their operation in Australia.

Three months after announcing a four-year sponsorship of Sydney FC, Under Armour signed a five-year partnership with AFL club Essendon and is sponsoring several key athletes and sporting personalities.
Currently Harman are out of stock of Under Armour headphones due to limited supply and excessive demand from Australian consumers. New stock is set to be in stores in December.

After double digit growth in 2019 Harman is set to be “more focused” with their marketing and in 2020 according to Lechner, with the Company set to focus on several key product categories including premium network speakers that will take on Sonos.

Among the big product launches will be a new range of Harman Kardon Citation speakers which should have been launched in 2019.

Instead the Company held off. choosing instead to improve the software functionally while adding new voice capability for the range which includes network speakers a tipped new soundbar that is set to be launched at CES and a pair of networked floor standing speakers that can also be integrated as part of a 5.1 channel set up.

One area where Harman has gained share is in the ‘Party Box’ market according to Fry.

Once dominated by Sony, Harman has stripped share away from Sony in several markets around the world with their 300, 500- and 1,000-party box offering which have been getting rave reviews from critics.

According to Fry the Company doubled their share of the Party Box market in Q3 without the need for discounting.

Currently Convoy still has the rights to sell the Harman JBL Synthesis, Revel, and Mark Levison brands in Australia in the custom install and Pro AV market’s, but a search of specialist stores reveals very ranging for these brands in Australia.

In Australia brands such as JBL have got traction at retailers such as JB Hi Fi and The Good Guys and Harvey Norman after the Company invested in influencers such as DJ Tigerlily who recently did a gig at the JBL Fest in Las Vegas, the Company has also invested in key music festivals and social media. Also helping is the Under Armour association with ‘The Rock’ Johnson said Fry.

Apparently Johnson was all ears when Under Armour proposed adding headphones to their Project Rock athletic clothing and gear collaboration. The two have just released the Project Rock Edition of UA’s Sport Wireless Headphones, a rugged over-ear release with an IPX4 waterproof rating aimed at the sweatiest of gym rats and athletes. In Australia the Company will range The Rock Buds which according to Lechner “fly off retailers shelves”.

Project Rock Edition headphones are black on black on black, with Johnson’s trademark bull embossed on the speaker shells all glossy and “Do not disrupt my focus during sandbag cleans, son.”

Across the top of the headband are the words, “Blood. Sweat. Respect.”

ches. And is also a really decent, nice dude.

In 2020 the Company us set to expand their True Wireless range of headphones as well as expand the presence of the Harman Kardon brand across a mix of specialist and select mass retailers.

Currently Samsung is pushing the Harman brand AKG which is the oldest headphone brand in the world with the Company set to use CES 2020 to showcase several new products that will be released in the Australian next year.

Fry said that he is confident that he can continue to grow market share due to the quality of the products Harman is ranging in the Australian market and the “trust” people have in the Harman brands with rank high in consumer brand trust surveys. 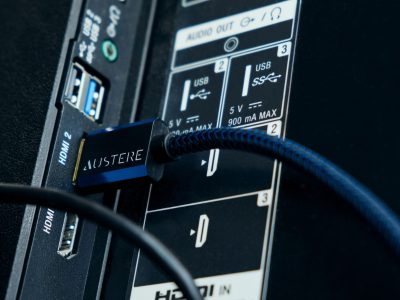 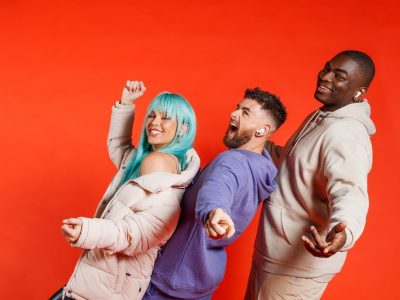