Fitbit Partnering With Deezer, Aiming For Mass Market With Versa

In conjunction with the launch of the new Fitbit Versa the company is announcing a global partnership with the music streaming site Deezer.

For the release of the Ionic last year Fitbit pushed its partnership with Pandora in the US however, Kat Binder, senior product marketing manager at Fitbit says its customers in other countries felt a bit neglected as Pandora was only accessible for US users.

Cue in the partnership with Deezer.

Binder adds the Versa also has a distinct brand personality so you can integrate it into every part of your life through its features such as Fitbit pay, step tracker, heart rate and even the female health tracker.

The Versa has some new and improved smart features for the company including a quick reply feature for Android users where the watch will understand the text and give users the correct reply. Users can also create customisable replies. This works for all messaging apps including texts, Messenger and WhatsApp.
This new feature will be available later on in the year. Fitbit says it is working on iOS to get the quick reply feature to work.
With the design, Fitbit wanted to make it comfortable for its female users, with that in mind they built the case with a 45 degree angle to fit small wrists. The screen has a 1:1 aspect ratio.
This is their thinnest and lightest smartwatch yet. It comes in a special edition or normal edition for $349.95 and $299.95 respectively. The special edition smartwatch has a graphite casing.

Fitbit is currently offering a three month free trial with Deezer for Aussie users.  The Fitbit Versa review will be published in the coming weeks. 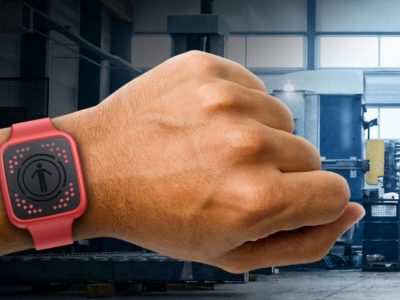