A so-called millennial writer on the Australian Financial Review has taken a pot shot at Winning boss John Winning for his description of a new generation of millennial workers who are fast earning a reputation for being more interested in ‘asking for a promotion or a pay rise” than actually working.

Some in the industry who have had to ‘put up’ with millennials in the workforce claim Winnings comments are “spot on”.

“You train them up and by the time they’ve finished the two-month training, they’re either looking for the next thing or asking for a promotion or more money,” Winning told The Age’s Dominic Powell last week.

John Winning also claimed that Instagram fomo has been “damaging to society”.

A supplier to Winning said that John Winnings is right, “Millennials have a different work culture, it’s all about them and their image”.

They added “We had one millennial executive who became distraught after she lost her phone and was not able to post images of herself to Instagram. She was obsessed with photographing herself when eating, walking into offices or restaurants or was in an environment when she wanted to promote herself. This is not good for a business”.

Myriam Robin writing in the AFR claimed ‘The masses on social media are rather sceptical of being extolled to gratitude for their lot from a man who inherited his. Though, they didn’t know the half of it’.

Robin went on to write ‘You see, it’s the whole zeitgeist Winning has a problem with. The rise of Instagram, he figures, was highly “damaging to society” in making people strive towards lifestyles they couldn’t afford.

“People expect they should be able to spend all this money on eating out because they see all their friends on social media eating out breakfast, lunch and dinner, having these great lives and going to Europe every Australian winter,” he said. “So, there’s a lot of debt and a lot of people really struggling to maintain the lifestyle they’re used to. The world has to go through another huge correction.” John Winning told The Age.

Robin claimed Winning has no more credibility on this than he does on the ills of the young hustling for good wages. Since June, he’s been the proud publisher of Winning, a “neo-luxury” eponymous magazine that “celebrates all aspects of inspired living”. It’s up to its second issue, and it’s edited by Katarina Kroslakova, formerly this newspaper’s luxury editor.

According to Winning, each issue “will inspire readers to create remarkable moments, whether that’s reimagining the ritual of breakfast, creating entertaining memories outdoors, or knowing where to take your sailing adventure in the Mediterranean”. The inaugural release covered the best gins, vintage champagnes and the luxury SUV market.

So, if the poor schmucks who work for Winning are developing a taste for the finer things in life, perhaps he should take it as a compliment. They’re just following his example.

I wonder how much Winnings will invest going forward in overpriced Nine publications and newspapers after his big serve in their business masthead.

Netflix Targets Stan Where It Hurts With ‘Free’ Movie Deal 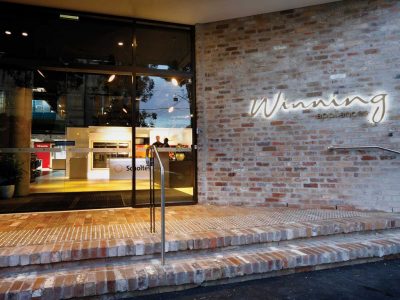 EXCLUSIVE: Winnings Not For Sale, Despite Knock On Door From Wesfarmers