Leading Japanese appliance and TV brand Sharp has handed all their consumer business to Australian distributor Tempo, according to retail sources, with one retail group trying to secure an exclusive across the entire Sharp range, which in the future will include refrigeration, cooking, TV’s and microwaves.

Michael Jackson the CEO of buying group NARTA said that he heard last week that Tempo has secured the Sharp consumer business”. “What is now possible with Sharp is a total brand story. there are very few brands that can deliver a full brand story across TV’s cooking and refrigeration and products such air purifiers. Samsung and LG can deliver and now there is an opportunity for Tempo to deliver”.

“Tempo are known for their logistics their weakness is marketing and with Sharp they have to invest in marketing to deliver the total brand story”.

At CES Sharp management showed ChannelNews an extensive range of audio and health care products, as well new technologically advanced refrigeration and cooking products that are proving extremely popular in Japan, Asia and the USA.

In the Japanese market Sharp a Foxconn owned Company are a leader in TV’s across both 8K and 4K, in Australia Tempo is tipped to launch a new TV range before the end of the year.

According to one major Australian retailer Sharp’s unique Plasma Cluster technology is among the best consumer technology in the world today “especially as consumers are taking greater precautions” following the outbreak of COVID-19.

Tempo who have refused to comment on the move, is believed to have won the business by proving the efficiency of the Companies logistics and supply operations as well as their extensive relationship with retailers across multiple products.

The move to Tempo  started last year when the NSW based distributor was given the rights to sell Sharp air conditioners, purifiers, and refrigeration, now the Company is set to take over the Sharp microwave business with TV’s set to follow.

The move comes as major brands such as Sharp look to consolidate costs in small markets such as Australia.

ChannelNews understands that the deal will see Tempo take over the Sharp business effective from July 1, 2020, with the Company now engaging with consumer electronics and appliance retailers.

The person heading the Sharp operation for Tempo is former Samsung Vice President Michael Richardson who believes the brand has “enormous potential” in Australia due to its heritage, “innovate product range” and that the goods are made by a Japanese Company

One of the unique technologies that Sharp will bring to the Australian market is their Plasmacluster technology which was a big hit at CES 2020.

This revolutionary technology has been proven to be effective against suspending viruses and microbes that contaminate our air, leaving air cleaner and healthier according to experts.

Among many the new Sharp appliance products that could make it to Australia, is the highly popular Sharp Microwave Drawer which is a big hit for US retailers.

Currently the draw is manufactured and only available in the USA, but that could change now that Tempo has the microwave business.

Sharp management are now exploring the concept of manufacturing their popular microwave drawer at their plant in Malaysia for supply into Australia.

The drawer is Wi-Fi and Alexa-enabled and features Easy Wave Open capabilities.

It can be operated via an android or iOS smartphone.

Owners can cook’s with Superheated Steam at browning temperatures as well as via radiant heat & convection.

The built-in 24″ oven can be installed in a wall or under a counter or kitchen island with no additional trim kit needed. It also has a bright LCD display with touch navigation

The Sharp brand which was high popular in Australia prior to the Company exiting the TV market four years ago is today technologically advanced with some observers claiming that it’s Japanese heritage will appeal in Australia.

Also, in the Sharp global appliance range is a Dishwasher with Power Wash.

Described as “Library quiet” the Sharp dishwasher operates at a mere 45db which is quieter than most refrigerators.

It features six washing cycles with seven options and can wash up to 14 place settings. It includes an adjustable third rack for flatware, responsive washing cycles with Smart Soil Sensors, Heat Dry, a Power Wash feature that provides extra scrubbing power, and a Half Load function, which allows for smaller loads with dishes on any rack.

The product was designed specifically for the US market where Sharp products are in demand at appliance retailers. 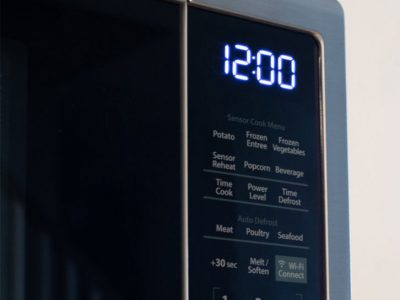 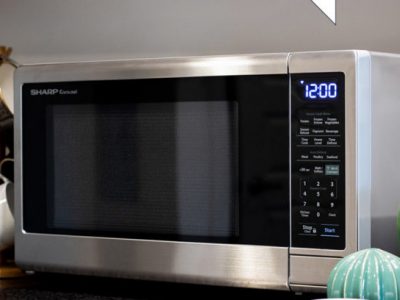