Everything You Need To Know About Amazon Prime In Australia

As Amazon prepares for its Australian launch, there’s been some confusion as to what the company’s Prime service is all about.

This hasn’t been helped by the launch of the confusingly named Amazon Prime Video in Australia and over 200 other countries worldwide last December, which offers video streaming of Amazon-exclusive shows like The Grand Tour along with other content.

However, in countries where Amazon is already operating like the US and the UK, Prime Video is just one component of the overall Amazon Prime service.

What is Amazon Prime?

One of the biggest selling points of Amazon Prime is free shipping. In the US, Amazon claims to offer free shipping on over 50 million items. Unlimited two-day shipping is available to Prime subscribers, with same-day and even two-hour delivery available on certain items to select areas.

Prime subscribers in some locations also have access to additional benefits and services, like the recently announced AmazonFresh Pickup, which lets customers order their groceries online and then have them brought straight to their car at a designated location, as well as access to the checkout-free Amazon Go supermarket.

On Amazon.com, all these benefits cost US$10.99 ($14.57) per month or a discounted US$99 ($131.28) a year. While Australians can technically subscribe to Amazon Prime in the US and other countries, the delivery benefits do not apply when shipping internationally and access to other content through Prime Music and Prime Reading may be blocked due to rights issues.

What about Amazon Prime in Australia?

Amazon has had a somewhat confusing presence in Australia since 2012, when it launched Amazon Web Services locally. The following year, it launched Amazon.com.au, but only to sell Kindle e-books. Kindle e-readers are also sold locally by Officeworks and JB Hi-Fi.

While Amazon will almost certainly launch Amazon Prime in Australia at some point, it may not be available straight away when the company starts operating locally. For example, the most recent launch of Prime was in Mexico in March this year, after Amazon launched operations in the country in June 2015.

Early rumours have indicated that AmazonFresh, the grocery delivery service which is available to Prime subscribers at an additional monthly cost, will be part of Amazon’s initial launch in Australia.

In the meantime, Amazon currently operates two subscription services locally. In addition to Amazon Prime Video, which has an introductory price of US$2.99 ($3.97) per month for the first six months before increasing to US$5.99 ($7.95), Amazon also offers the $13.99 a month Kindle Unlimited service with access to over one million titles on Kindles and other devices.

How much will it cost?

It’s difficult to estimate how much Amazon Prime will cost when it eventually launches in Australia. Due to differences in the markets Amazon operates in, prices for Prime range from a low of about $20 a year in India to about $135 a year in the UK.

Amazon could end up choosing a price for Prime in Australia within those two extremes, but it may also be necessary to price it even higher due to local shipping costs.

Should you buy it?

As mentioned above, Australians will struggle to get any value out of an Amazon Prime subscription on any of Amazon’s overseas operations. Free shipping doesn’t work for international addresses, and other benefits like video and music streaming will be mostly inaccessible.

Some ‘Amazon Original’ shows can be accessed by Amazon Prime subscribers when “traveling abroad”, but it would typically be easier and more beneficial to subscribe to Amazon Prime Video locally to watch these shows as well as other content.

The list of mostly older movies and TV shows available on Amazon Prime Video is shorter than Netflix and Stan, but its roughly $4 a month introductory price and $8 a month standard price is also lower than its competitors.

As Australians await the launch of Amazon locally, whether or not you subscribe to Amazon Prime Video essentially boils down to your interest in Amazon Original shows like The Grand Tour and American Gods. 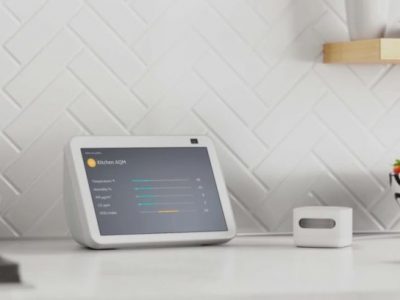