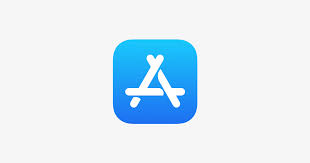 US Department of Justice lawyers are looking into Apple’s rule that apps must use the tech giant’s App Store payment system for user subscriptions, according to a Bloomberg report. Apple takes a cut of up to 30% when apps use their payment system.

While the high percentage of this cut has been criticised, interviewed developers are reportedly more concerned that Apple does not allow app makers to utilise a different payment system.

While the Department of Justice has been investigating the matter since 2019, a decision has not yet been made about whether to launch a case, though there is speculation that this is building.

Other international authorities are also investigating Apple over this matter. Earlier this month the antitrust regulator in South Korea announced it is working to establish a new set of measure to address Apple’s anti-competitive practices.

The EU has also launched an antitrust investigation into the company forcing developers to use its App Store payment service.

If app developers were allowed to use alternate, it would significantly impact an important revenue stream for Apple. Last year consumers and advertisers spent over US$519 billion on apps, and the App Store facilitated some US$500 billion in billings and sales.