Home > Brands > Cheap Yet Brilliant Smartphones For The Frugal Consumer

Cheap Yet Brilliant Smartphones For The Frugal Consumer

Just last week Samsung delighted the world with the unveiling of its flagship S20 smartphone range alongside its Galaxy Z Fold. The S20 Ultra 5G, it’s most premium, high-tier device, is priced at $2,249 and comes with all the bells and whistles one would expect for that price range.

But if you’re a frugal consumer and only want a phone that addresses your basic needs, you don’t need to empty your pockets to find the right smartphone.

There are three smartphones that will cost you less than $200 while still performing well.

The Aspera Gem, for example, is just one of these devices – priced at just $149. ChannelNews recently reviewed this phone and found it to be a reliable and basic smartphone, suitable for the less needy consumer.

With its only compromise being a slight lag, the dual-SIM 4G smartphone is a bargain for what you pay for. It runs the Android operating system, giving users access to the same app store and range of apps they would find on any other Android smartphone.

Featuring 2GB of RAM and 16GB of storage on-board, it won’t perform at the same speed level of other flagship phones – but will provide a good experience for calling, texting, emailing and web browsing.

Its 16GB of storage isn’t large but there is a microSD slot for adding extra capacity to store images and videos – users can also upload their files to Google Drive to clear up space as well.

The 5.5-inch display performs best at full brightness – but it does lack the detail and higher contrasts consumers are used to seeing in flagship devices. But for the price you pay, you get value.

Another nifty device is the Nokia 2.3 that retails for $199.

The familiar brand Nokia which dominated the phone market in the early 2000’s, which is owned by Finnish company HMD Global, has a large range of smartphones. The Nokia 2.3 is on the lower tier, but still boasts of value for dollar.

The large 6.2-inch display looks brilliant with almost no bezel around the edges – a feature all high-tier flagship smartphones are looking to achieve this year.

The extra $50 step up from the Aspera Gem delivers double the internal storage and capacity offering 32GB with two cameras on the rear.

The device also runs on the same Android operating system, delivering familiarity for some users. The additional Google Assistant button makes for comfortable connectivity whenever the user wants it.

Finally, the realme C2 is another great purchase for just $199.

The Oppo-owned realme is new to the market but has come out swinging to give consumers more value on every front. The device sports a 6.1-inch display that is well fitting for the hand.

There’s virtually no bezel and only a slight tear drop on the screen to fit the front facing camera. With a RAM of 3GB and 64GB of storage, the realme C2 is serving value for money on a silver platter.

The dual camera set up on the rear is another impressive feature that performs similarly to Nokia’s 2.3 device. The realme is likely to appeal to young people because of its small bezel, dual camera, massive storage and cheap price tag. 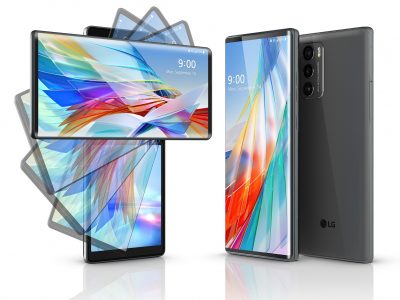 Why Would Sony Let Directed Australia Sell A $2K Pair Of Sony In Ear Audio Monitors?