The CeBIT 2017 show got under way in Sydney yesterday, marked by its long-awaited return to near-central Sydney at the recently rebuilt International Convention Centre at Darling Harbour.

While showroom crowds appeared a little on the quiet side on yesterday’s opening day sessions, that’s pretty much the usual Day One experience at CeBIT shows – there are two more days to go, and traditionally the crowds increase each day.

Some 350 exhibitors this year include close to 100 start-ups, many appearing for the first time. There are exhibitors from 34 countries, and seven international pavilions, showing digi-wares from China’s Jiangsu province, Germany, Pakistan, the Philippines, Sri Lanka, Taiwan and Indonesia.

Yesterday’s crowd had still to be assessed last night. But organiser Deutsche Messe is predicting that the total three-day crowd will top15,000, compared with 13,000 at last year’s event at Olympic Park in Sydney’s western district. 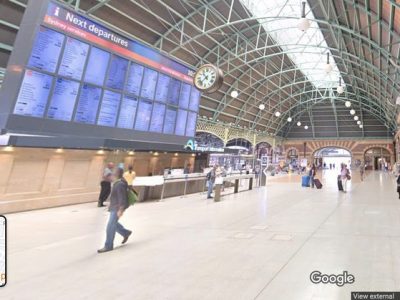