UK Hi Fi Company Armour Home has officially confirmed the appointment of BusiSoft AV as their new Australian distributor of Q Acoustics, QED Cables, Goldring and Systemline as speculation mounts that BusiSoft is set to make a major announcement next week about their business future.

Yesterday Indi Imports announced that they had walked away from distributing the Armour Home brands due to supply issues and the fact that they have signed a new audio brand that they believe will deliver “superior growth” than what Armour Home could offer.

BusiSoft CEO George Poutakidis told ChannelNews earlier today that he has shipments of Q Acoustic stock “arriving shortly” and that stock was not an issue.

When Armour Home axed Westan back in 2017 the Melbourne based distributor had delivered 20% growth. Indi Imports was delivering over 30% when they walked away from Armour Home who appear to be struggling in the UK due in part to COVID-19.

George Dexter the CEO of Armour Home has not commented to ChannelNews however his Sales Director Chris Emerson said of the BusiSoft appointment “This is a great opportunity for Armour to be working with BusiSoft AV, who clearly understand the requirements of the hi-fi market in Australia”.

He added “We are about to enter our most ambitious period for new product launches, and we are delighted to start this next chapter for the Armour brand portfolio in Australia with BusiSoft AV”.

Dexter who does not have a high opinion of Australian Hi Fi dealers having described in the past Australian resellers as not being as professional as British retailers, has also not commented on the exit of Ruth Jones the former International sales Director who struggled to get paid after 13 years’ service with the UK Company. Poutakidis said in a statement issued to ChannelNews “BusiSoft AV is thrilled to be working with Armour Home on establishing the brands in Australia. The price point and aesthetics of these brands will fill the appetite of a new market in Australia”.

Speculation has it that BusiSoft is looking to buy out some dealers in Australia, he said that both Focal Naim and Dynaudio had “given their approval to the Company taking on the Armour Home range of products.

One of the dealers that BusiSoft is speculated to be taking over if Melbourne based Vinyl Revival. Neither BusiSoft nor Vinyl Revival have commented on this move.
ChannelNews understands that BusiSoft has explored the setting up of separate Dynaudio Shops as well as separate Naim and Focal stores.

Yesterday Paul Riachi the CEO of Indi Imports said “Armour Home are a nightmare to deal with. We have grown their business in Australia, but we are constantly facing supply issues. Their range is lacking, they need a soundbar and we have constantly chase them up”.

These are similar comments to what Westan executives said back in 2017 when they dropped Q Acoustics for the Polk range of speakers. 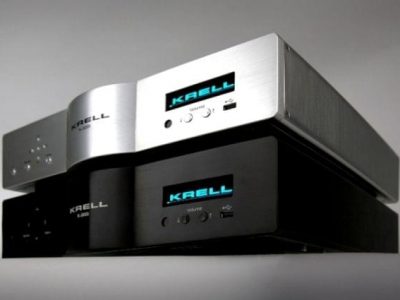