Samsung’s Galaxy S20 Plus was the world’s best-selling 5G smartphone model by revenue in the first half of 2020 both globally and domestically in Australia, but this is tipped to change in the second half after the launch of the Apple iPhone 12.

Launched in February The Galaxy S20 Plus which was the top selling smartphone at JB Hi Fi and Telstra according to sources, the model took a revenue share of 9 percent in the global 5G smartphone market in the first half of the year, according to market researcher Strategy Analytics.

The revenue of the global 5G smartphone industry reached $34 billion in the first six months of 2020.

“The S20 Plus 5G is among the world’s first blockbuster 5G models and is popular across Western Europe, Australia, South Korea and North America ” Strategy Analytics said. “Samsung is making big money from 5G phones.”

The Galaxy S20 devices were followed by 5G smartphones from several other brands in Australia with Motorola set to launch a $499 model on November 2.

Strategy Analytics predicted that Asian brands’ presence in the 5G smartphone market could decline in the second half of the year as Apple has now launched its first 5G-supporting smartphone family.

“Looking ahead, we expect Apple iPhone 12 to overtake both Huawei and Samsung during the second half of 2020,” it said. “The iPhone 12 5G portfolio will deliver tens of billions of dollars of revenue in just a few weeks during the run-up to the X-mas holiday season and beyond. Apple iPhone 12 will soon take the 5G crown.” 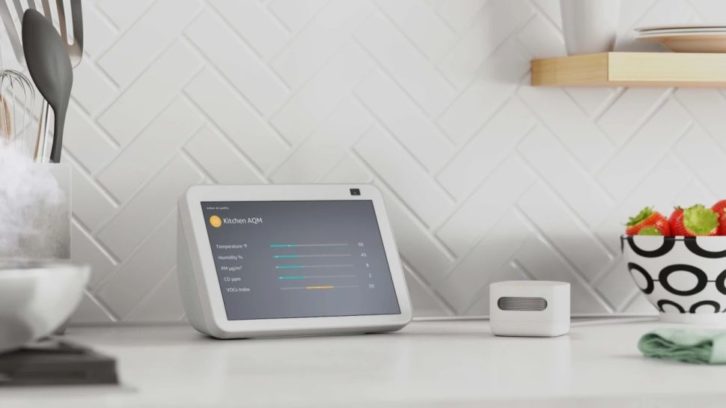 Amazon Smart Air Quality Monitor Links With Alexa
Latest News
//
Luke Anisimoff
/
Comments are Off
Amazon are set to make it easier to track exactly how healthy the air is inside your home, with a... Read More