Beko is a European appliance brand that has been around Australia for a long time, the brand is owned by one of Europe’s largest appliance manufacturers, now the Company is  pushing barriers by promising customers that their fruits and vegetables will remain fresh for 30 days with Beko’s new EverFresh+ technology or they get their money back.

Appliance product shipped to Australia have the new technology built in.

The end result is a refrigeration system that maximizes humidity and minimizes moisture loss to preserve the life of produce.

The Fresh Produce Promise applies to all ten Beko refrigerator models in their global range that include the advanced technology, including French door, side-by-side, top-freezer and bottom-freezer models.

Currently being rolled out in the USA Beko is standing by their products so much that they are willing to put their money where their mouth is.

The global home appliance manufacturer claims that they will work with dealers to ensure customers’ full satisfaction with their refrigerator purchases.

Because they are a major manufacturer in Europe, Beko is one of the few appliance manufacturers with significant inventory immediately available to ship to dealers both in Europe, the USA and Australia.

Beko US, President Zack Elkin said “While Beko is a fixture in millions of European kitchens and operates in 130 countries worldwide, we’ve only been in the U.S. for a few years, so we are still relatively unknown here,”.

“The Fresh Produce Promise is our way to take the guesswork out of dealers having to predict the next hot-selling refrigerator model simply because they need immediate inventory. Our dealers can recommend a Beko refrigerator to their health-, wellness- and nutrition-minded customers with full confidence that it will contribute to their healthy lifestyle by keeping their produce fresh for up to 30 days – or we’ll buy it back.”

Beko is owned by Arçelik,a Turkish group that is the second largest household appliance company in Europe by market share, with a consolidated turnover of $5 billion euros.

They recently aquired the rights to the Hitachi appliance brand outside of Japan and they also manufacture and sell, the Grundig and Whirlpool brands in Europe.

Beko Cleans Up In US Appliance Market As OZ Operation Expanded 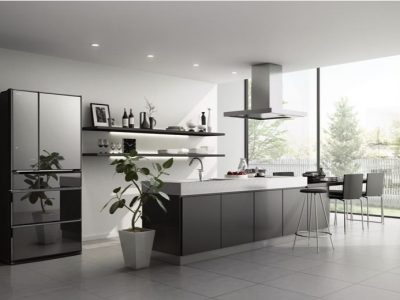