Apple has filed a patent for a mixed-reality headset (combined AR and VR) that includes a number of sensors to track the eyes, gestures and facial expressions of its users.

As reported on Variety, the “Display System Having Sensors” patent covers a headset, cameras and sensors, which together provides “3D virtual views of a user’s environment augmented with virtual content”.

It could include hand sensors, head pose sensors, sensors for capturing detailed information about real-world lighting conditions, eyebrow sensors, and lower jaw sensors for tracking the movement of a user’s mouth and jaw.

The patent describes how an AR reality headset could capture the real world using outward-facing cameras, then present that to the user on a display, allowing the user to interact with that environment.

“The head-mounted display could include sensors that read inputs from the users, such as expressions, eye movement and head gestures,” the patent filing describes.

“In some embodiments, the world sensors may include one or more “video see through” cameras that capture high-quality video of the user’s environment that may be used to provide the user with a virtual view of their real environment.”

As of writing, Apple has yet to publicly confirm or comment on its plans for these multi-reality headsets.

Apple Closes In On US$3 Trillion Valuation 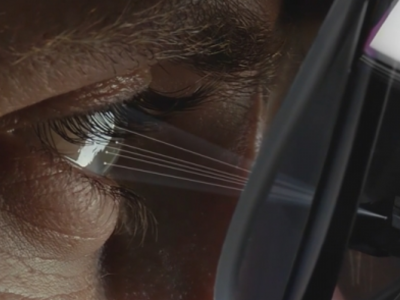