Struggling to deliver growth in the smartphone market Apple has turned their attention to their iPads, with the introduction of a new mid-tier iPad with a larger screen.

Apple last updated their iPad offering back in 2015 due in part to poor sales of tablets.

The upgrade is believed to be linked with the release later this month of a new media and movie content bundle which Apple want people to access on a tablet, smartphone and PC.

Apple is hoping that consumers buy the cheaper iPad as a hub for the new services and as a way to use new soft Apple is planning to launch in April.

It includes the first new iPad mini in nearly four years, complete with support for the firm’s Apple Pencil stylus.

It comes after the firm’s store went offline earlier today, sparking rumours of an imminent release.

When Apple reactivated the site it was home to the brand new iPad models, which are available in silver, space grey and gold, and come with 64GB and 256GB storage.

Among the new offering is an iPad Air with a 10.5-inch screen, bringing back a model that was phased out when Apple launched the iPad Pro a few years ago.

That screen size is larger than the 9.7-inch, model designed for education that Apple launched last year.

Built into th3e new Apple device is a home button with fingerprint scanner rather than facial recognition like on the more expensive versions.

They’re available to order online now and in stores next week, Apple said.

To connect users can use just Wi-Fi or mobile networks, both iPads come in 64GB and 256GB storage capacity options. On March 25 Apple is holding an event to launch its Netflix competitor and an Apple News Magazines subscription service. It’s also planning to announce the next major iPhone, iPad, Mac, Apple Watch, and Apple TV software updates on June 3.

According to IDC Apple has dominated the tablet category with up to 27 percent of the market in the third quarter.

Overall Apple sales of iPads have fallen like their iPhones to the point that Apple stopped reporting iPad, iPhone, and Mac unit sales last year.

The new iPads will kick off a planned year of several major new hardware launches for Apple who is also planning a new iPad mini, new AirPods and Apple Watches, multiple new Macs, including a revamp to the Mac Pro, and three new iPhones for this year, Bloomberg News has reported.

iPad Mini, ipad pro, New iPds
You may also like 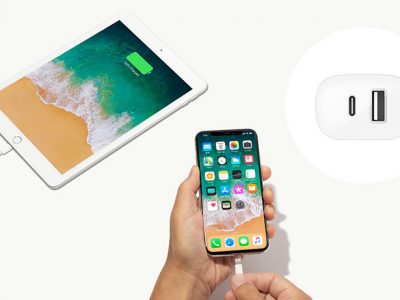