Continuing declines in sales of AV and Consumer Electronics goods has hit Sydney based distributor Ambertech with the Company reporting a massive slump in profits despite increased revenues.

The Company claims that despite maintaining a strong market position in this category with their Onkyo brand, the AV receiver/amplifier business appears now to be in a declining product life cycle.

Recently Onkyo Corporation sold all its Home AV business to Sound United with speculation mounting that Ambertech could lose the business with several other Australian distributors who already sell Sound United products telling ChannelNews that they are “interested” in distributing the Onkyo brand in Australia.

Ambertech management claims that margin reduction across the business, including the CE retail, residential and commercial installation markets and the professional AV dealer-based markets has hurt the Company during the past year.

They claim this was magnified by a falling Australian Dollar against the currencies of their major suppliers. Also impacting the business was increased freight costs, “primarily attributed to the buying patterns of CE retailers for lower cost items” the Company y said in their financial filings.
Management also claimed that returns, rebates and managing the risk associated with the consignment of inventory was also a problem for Ambertech in the 2018/2019 financial year.

They also blamed recent State and Federal Elections on their poor result.

The bright point for the business was “significant growth”(35.9%) in the Professional segment revenue.

They also reported (14.5%) in recurring revenues from support contracts, including multi-year offerings.

Future contracted revenue has also grown by more than 17%.

“Efforts are being made in the areas of inventory management to assist with this goal. It is anticipated that the costs associated with funding the business could be reduced significantly with a reduced reliance on debt”

He said that “Results from our sales efforts in Defence, Law Enforcement and Security related projects have been hampered somewhat by project timelines. We have been awarded several projects where the supply time remains uncertain, however we anticipate a strong result from this area of the business in the 2020 financial year”.

Amber, AmberTech, CE Industry, Onkyo
You may also like 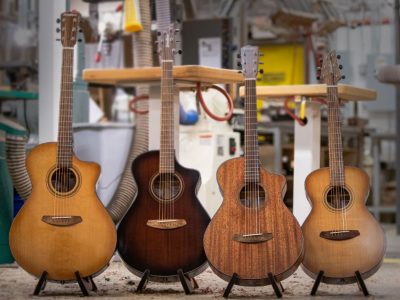