An Oregon woman has urged individuals to “unplug your Alexa devices now”, after her Echo smart speaker secretly recorded and shared a private conversation – an allegation Amazon has since confirmed.

First reported by CBS affiliate ‘KIRO-7‘, the user (Danielle) was informed by her husband’s colleague that he received full audio recordings of conversations between her and her husband. 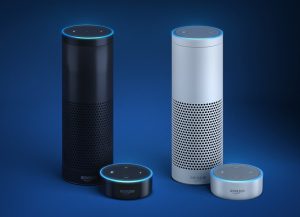 The conversation – which concerned hardwood floors – was promptly sent to Danielle to verify.

After calling Amazon’s Customer Service, the allegation was confirmed, and acknowledged as “something we need to fix”.

Responding to media, Amazon asserts Danielle’s experience is an “extremely rare occurrence”, with steps being implemented to prevent it occurring again.

As per Ars Technica, Amazon has since issued a statement which explains how the circumstance occurred:

“Echo woke up due to a word in background conversation sounding like “Alexa.”

alexa, amazon, echo, Smart Speaker
You may also like