Home > Content > Ads On The Horizon As Streaming Battle Looms

Ads On The Horizon As Streaming Battle Looms

With disruption imminent as entertainment juggernaut Disney prepares to roll out its own streaming service, executives from one of its subsidiaries claim Netflix, Stan and other streaming services will be forced to integrate advertising to stay in the fight.

Netflix, who only recently added an Australian office, and its Nine-owned domestic rival Stan currently feature no advertising, but Hulu head of advertising sales Peter Naylor said advertising will inevitably find its way onto many currently ad-free streaming services, but may not look like a typical television ad.

“The future of ad-supported media does not resemble what we’re doing today in terms of ad load or even ad shape,” Naylor said on a panel at the Cannes Lions festival.

“I think you’re going to see a lot of innovation from all of these new providers because we’re allowed to.”

“We’re not married to the clock, fifteen and 30-second ads were a product of linear TV, when everything’s on demand and served through an IP address, the ad experience is going to dramatically improve,” Mr Naylor said.

Hulu is a joint venture between Disney and Comcast.

Mr Naylor joined NBCUniversal head of advertising Linda Yaccarino on the panel, who said companies would have to incorporate ads to fund more expensive original content.

“The price will go up for the subscription, and it would be logical to mitigate those increases to take ads,” she said, according to CNBC, which is also owned by Comcast.

Incorporating advertising through means like product placement and integration is one potential format.

Nostalgia-porn Netflix Original Stranger Things has been identified as one potentially benefiting from product placements from companies like Coke and KFC, with products featuring prominently in some scenes using period-correct branding.

Hulu currently operates on a mix of advertising and subscription revenue.

Locally, Fox Sports owned streaming platform Kayo Sports shows ads, but this has more to do with the timing requirements of live sports and the fact it acts largely as a streaming mirror of Fox Sports’ telecasts.

Free-to-air network’s streaming platforms such as 9Now, SBS OnDemand and 7plus are all ad-supported.

Disney’s forthcoming Disney+ streaming platform will have no advertising when it rolls out later this year and is predicted to have a major impact on current SVOD services such as Netflix and Stan due to Disney’s expansive range of content including iconic properties like The Simpsons, Star Wars and Marvel.

The empire’s deep pockets mean it will likely be able to stave off any switch to advertising revenue models imposed on its rivals. 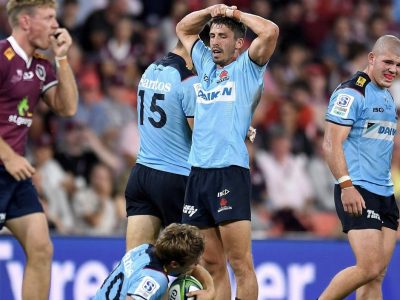