The ACCC has penalised Amaysim Australia $126,000 for advertising its mobile plans as ‘unlimited’ on social media, when the plans held a maximum data allowance.

Lycamobile was also issued an infringement notice for false and misleading representations about its ‘unlimited’ mobile plans, fined $12,600.

“Consumers who saw the word ‘unlimited’ in the advertisements without any explanation of the limits of the plans were likely to expect they would not be charged additional fees for mobile data, no matter how much data they used,” states ACCC Chair Rod Sims.

“The telco industry has been previously put on notice that their advertisements must be clear and transparent, and must not contain claims like ‘unlimited’ without a clear and prominent disclosure of any qualification or exception which applies to the offer”

“We will continue to monitor mobile plan advertisements and won’t hesitate to enforce the law.”

In January 2020, Amaysim published a Twitter ad with the tagline “your mother loves the Unlimited Mobile Data offer from amaysim” and the hashtag “#UnlimitedMobileData.”

The consumer watchdog claims it was a misrepresentation because the advertised plans only provided an unlimited data allowance for the first three renewals, before reverting to a capped amount. Charges would be imposed for exceeding the caps.

“The amount of data included in a mobile phone plan is an important factor for many consumers in choosing a plan, and it is important that consumers can readily understand what they are signing up to,” adds Mr Sims.

The ‘unlimited’ plans were found to have a capped data allowance, incurring an extra charge to consumers who exceeded it.

Amazysim is the largest MVNO in Australia and is listed on the ASX, operating on the Optus 4G network.

Lycamobile is a British MVNO that operates on the Telstra network for SIM-only plans too. 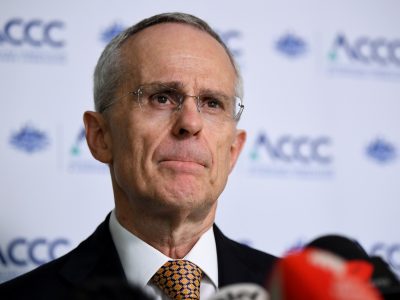