Latest testing from the ACCC finds fixed-line NBN speeds are “mostly steady”, however, improvements are needed. It comes as some users continue to experience a drop in broadband speeds. 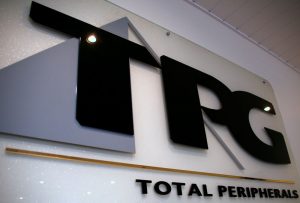 The watchdog claims NBN performance for most RSPs has remained steady during 7pm – 11pm, however, TPG and iiNet notched a decline in download speeds versus the previous quarter.

Overall, download speeds during the busiest hour (in 30-day testing) were “significantly lower” than at other times.

RSP performance in managing such congestion varied considerably – ranging from 71.8% of maximum plan speeds to as low as 48.3%. “It is good to see that providers have generally managed the transition to NBN Co’s new wholesale products without too much impact on customers,” asserts ACCC Chair Rod Sims.

“We will await the next round of speed testing results with interest, to see if providers have improved their performance.”

Mr Sims has encouraged consumer who aren’t receiving maximum speeds to contact their internet service provider, and query a cheaper plan or question a fix.

For the first time, the ACCC’s report includes a breakdown of speed results according to NBN technology.

Fibre-to-the-premise (FTTP) and hybrid fibre coaxial (HFC) services currently deliver about 86% – 87% of maximum plan speeds during busy hours, versus around 79% for fibre-to-the-node (FTTN).

The ACCC claims results for all technologies are largely comparable (88%) after underperforming services are removed, proving that with further work more FTTN customers could expect to see similar speeds on current plans.

“We expect NBN Co and RSPs’ focus to remain on fixing speed-related problems and ensuring consumers receive good speeds on their current plans, regardless of which NBN fixed-line technology is supplied to them,” states Mr Sims.

The consumer watchdog asserts all NBN broadband technologies are delivering a faster broadband experience than ADSL, where the average speed during busy hours is 8.5 Mbps.

The data follows the testing of over 980 NBN and ADSL services supplied by 15 RSPs, using 220,000 download speed tests.

The 30-day testing took place during November 2018, and measured the performance of 25Mbps, 50Mbps, and 100Mbps plans plus ADSL services.